This is a supplementary post to the talk Evidence Based Fraud & The End of Statistical Significance – you may wish to start there, if you haven’t already.

Instead, to understand the strength of evidence implied by p values, they are best conceptualised by clinicians as likelihood ratios that can convert a Pre-Test Probability (Pre-TP; aka prior probability) that a hypothesis is true into a Post-Test Probability (Post-TP; aka posterior probability), where the trial conducted is considered “the test” of the hypothesis and accuracy of this “test”. How to perform this conversion calculation is explained in this article.

However the question then remains – how does one choose a Pre-TP that the hypothesis being evaluated is true upon which we can apply Bayesian conversions to obtain Post-TP?

In the world of EBM 2.0 the choice of a specific Pre-TP is likely to be one of the most controversial aspects of trial interpretation as there is no exact science to guide us. We will need to combine evaluations of biological plausibility together with prior evidence to come up with an estimate and while attempting to keep the process as objective as possible, there will unavoidably be a substantial element of of subjectivity.

Once we have a Pre-TP estimate we can use the Bayesian methodology to calculate Post-TP which then becomes the Pre-TP for future research.  So then, probably the most fundamental question is what should be our initial baseline Pre-TP for a clinical hypothesis being evaluated before we have any significant evidence to guide our estimate.

I contend that the most appropriate “starting” baseline Pre-TP for an intervention/therapy being trialled in human trials for the first time to prove efficacy (e.g. phase 2 human trials), will probably be in the range of 5-10% but for the purpose of our statistical interpretations and evaluations it may be prudent to choose a conservative estimate of 5%.

The reasons for this estimate are:

The suggested 5% baseline Pre-TP should then be adjusted based on available data. For example, a large body of observational data supporting the hypothesis might provide a good reason to elevate the Pre-TP. However, given how routine it is for observational data findings not to pan out in randomised controlled trials (RCTs), it may be prudent again to be cautiously conservative and only lift the estimated Pre-TP by small amounts towards the optimistic end of the estimated range (e.g 10%).

The only data that should make substantial changes to our probability that our hypothesis is true, are high quality data such as blinded randomised controlled trials. If subsequent studies replicate the same findings, we can use the p values to calculate Post-TP and progressively increase our level of certainty in the findings. The Post-TP probability post the first trial, becomes the Pre-TP before the second trial, and so on. 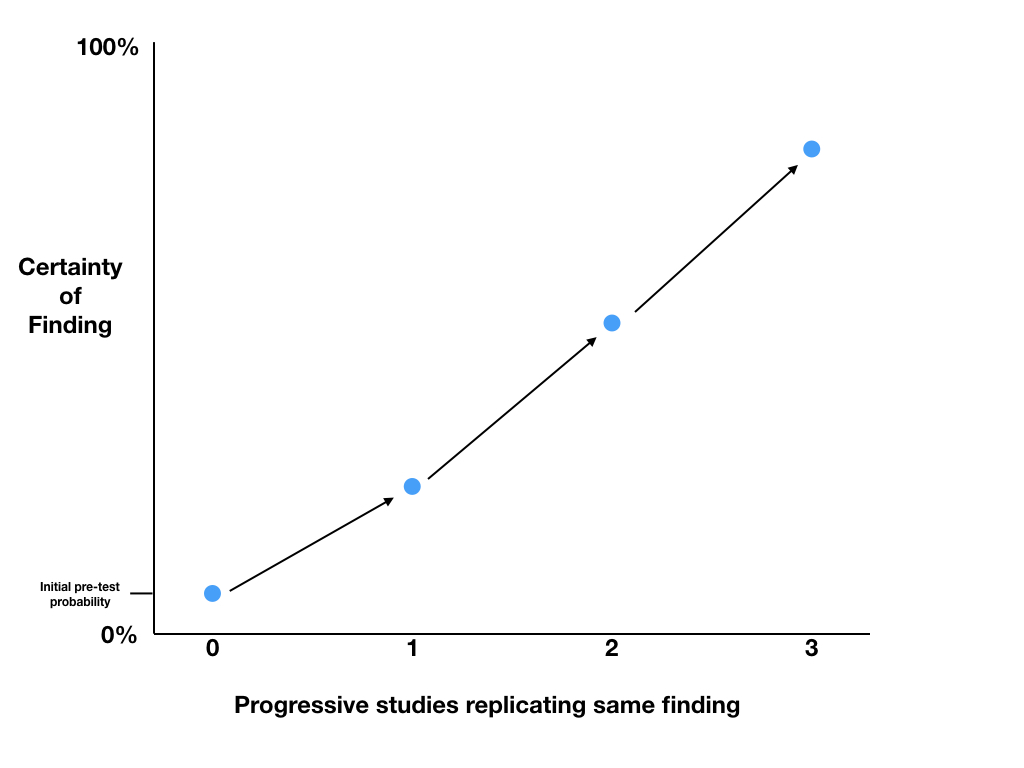 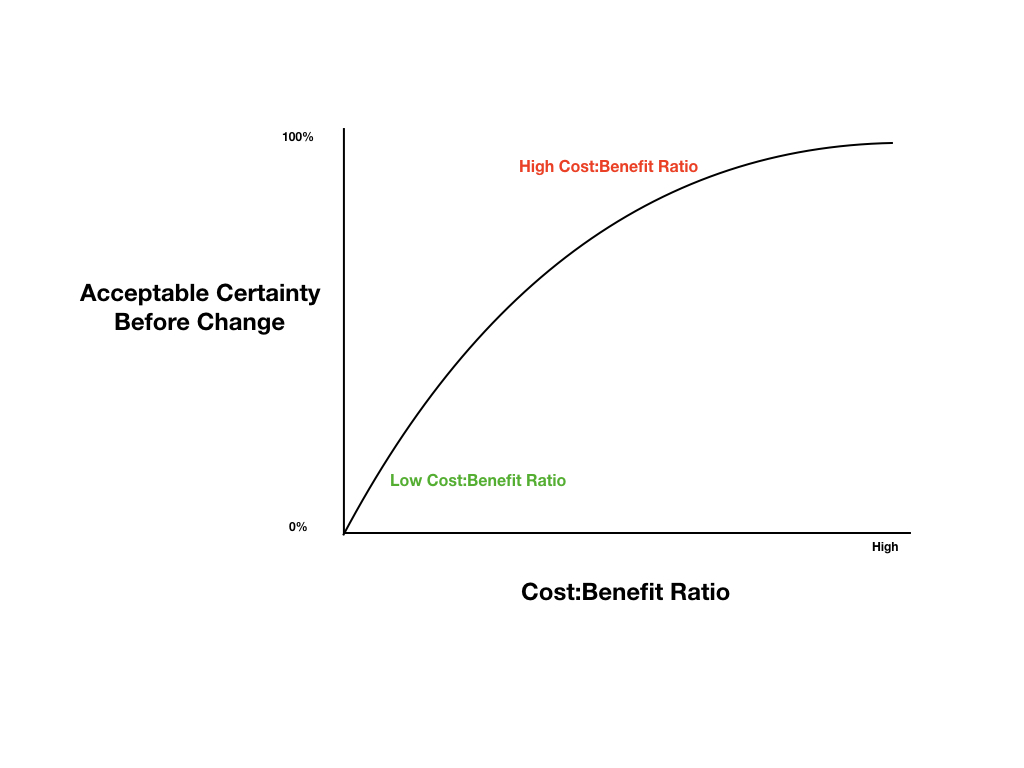 Depending on the real-world costs and benefits of changing practice (e.g. medical, financial, convenience and time, assessed at a patient and system level), we will need to choose a level of certainty that we deem acceptable before we change practice. Typically new therapies are extremely expensive, provide relatively small benefits, with underestimated short term harms and unknown long term harms and thus require the highest levels of certainty before implementation. By contrast, old, cheap therapies with good safety profiles might be utilised for a new indication based on a substantially lower level of certainty.

This site uses Akismet to reduce spam. Learn how your comment data is processed.